Denmark is the country where Scandinavia begins. It’s changed a lot over the centuries. Once known for its fierce warriors, the Vikings, it’s now a peaceful modern country where innovative architecture shares space with medieval buildings. You’ll see picturesque fishing villages that trace their heritage back to the Vikings, so you’ll want to sample their most famous fish, the herring, perhaps at a smørrebrød. Denmark is the land of Hans Christian Andersen, so you’ll find palaces and castles where maybe fairy tales did come true. An overview of the best places to visit in Denmark: 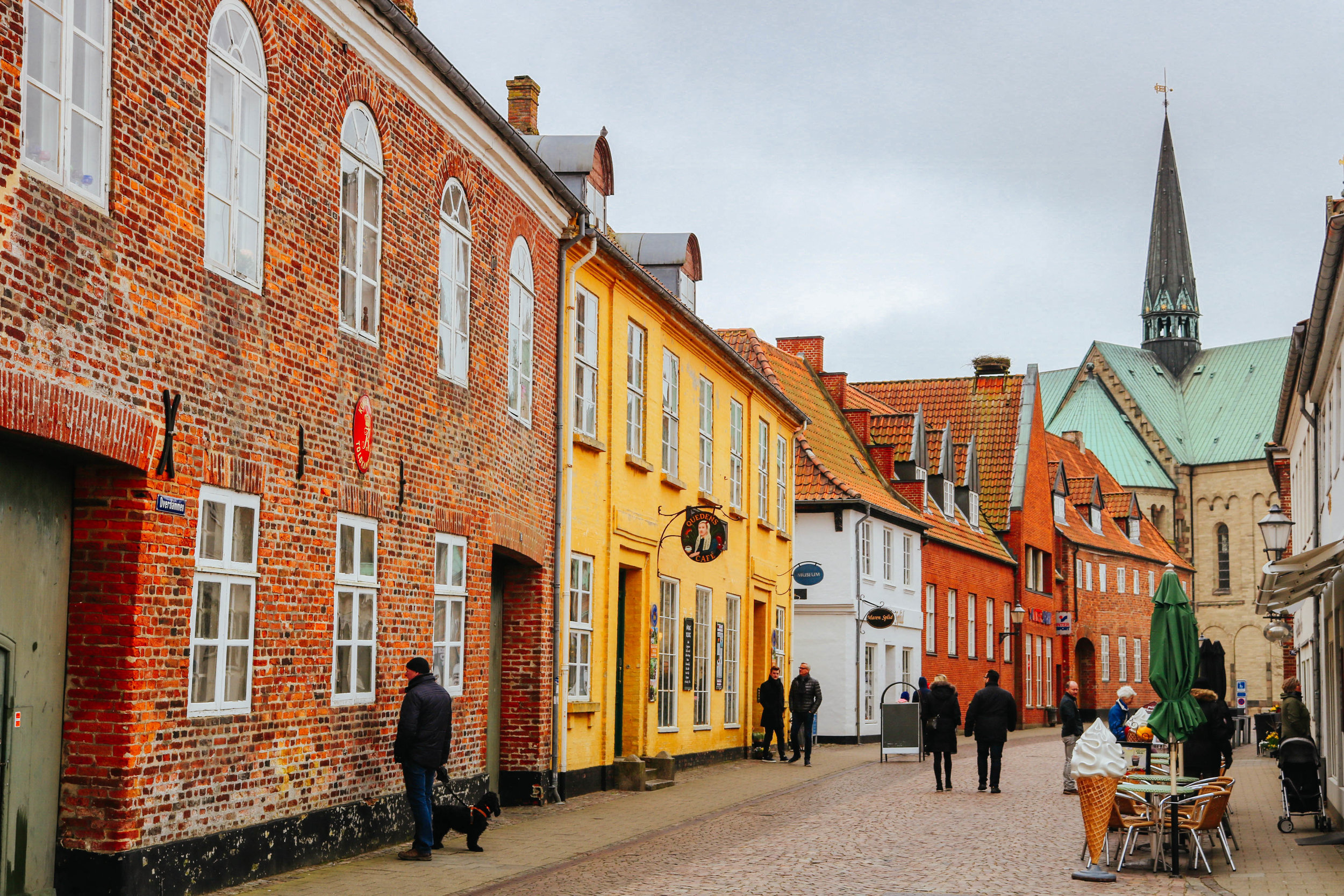 “You’re not getting old, you’re getting better” is a phrase that is aptly applied to Ribe, Denmark’s oldest town. Located in Jutland, Ribe was founded in 700 as a Viking marketplace; its town hall is the oldest in the country. It was built in 1496, though it didn’t see duty as a town hall until 1709. There is much to see in Ribe, from its quaint half-timbered medieval buildings to Ribe Cathedral, the first Christian church in Denmark. You can explore its Viking heritage or make the rounds with the night watchman in the summer. Nearby is the ecological treasure Wadden Sea National Park.

You wouldn’t think a country as far north as Denmark would have a Riviera, but it does. The Danish Riviera is anchored by Gilleleje, a picturesque fishing town on the North Sea at the top of Zealand. Fishermen put their boats to good use in World War II when they end-runned German occupiers and smuggled Danish Jews into Sweden, just 25 km (15 miles) away. You can learn more about these efforts at the local museum. Founded in the 14th century, Gilleleje is pretty and charming with photo opportunities galore. Stroll the city, take in the daily morning fish auction and visit the monument to Kierkegaard, the first existential philosopher.

Elsinore, also known as Helsingør, is home to one of the famous castles in the world: Kronborg, the setting for Shakespeare’s Hamlet. The play has been performed here annually for 80 years. The former medieval fishing village was founded in the 15th century, though a fortress and a church surrounded by convents were established a century earlier. It’s now a bustling port city. A 2012 statue, Han, in the harbor is considered the counterpart of Copenhagen’s Little Mermaid. Top attractions include the castle, the maritime museum, and the statue to Holger Danske, a legendary character who warred with Charlemagne. Aalborg is another ancient Danish city that, over the centuries, has transformed itself into an industrial and cultural (emphasis on cultural) center. It’s known for theatre, symphony and opera, as well as the Aalborg Carnival, the largest festival in Scandinavia that centers around carnivals. The city also is known for its half-timbered mansions, the 16th century Aalborghus Castle, a former royal residence, and the 14th century Budolfi Church, built on the ruins of an old Viking church. Two old homes stand out: Jens Bang’s 17th century Dutch Renaissance home that’s housed a pharmacy for 300 years and 17th century mayor Jørgen Olufsun’s half-timbered and sandstone house.

Located 30 km (20 miles) west of Denmark’s current capital, Copenhagen, is one of the country’s early capitals, Roskilde. One of Denmark’s oldest cities, it is where many monarchs are buried. Their royal tombs can be found at the 12th century Roskilde Cathedral, the first brick Gothic cathedral in Scandinavia. Another key attraction is the Viking Ship Museum, which contains the remains of five Viking ships that were sunk to protect Roskilde from sea invaders. Other sights you might want to see include the royal palace, now an art gallery, and the Roskilde Jars, three mammoth vases that commemorate the city’ 1,000th anniversary. In late June, early July a giant rock music event called the Roskilde Festival takes place here.

Denmark’s northernmost city, Skagen, is also the country’s main fishing port as well as one of the most popular places to visit in Denmark, attracting two million visitors annually. This charming village, with its scenic seascapes, long sandy beaches and fishermen, was popular with 19th century impressionist painters. Danish royalty summered here in the early 1900s; Skagen continues to attract the wealthy today, including sailboaters from around Scandinavia. Skagen, where the Baltic and North seas meet, is renowned for its herring fishing, so be sure to try some here. The city boasts one of Denmark’s oldest lighthouses.

Bornholm, an island in the Baltic Sea closer to the shores of Poland and Sweden than Denmark, is known for its arts and crafts items, especially glass and pottery. The island is home to several towns with picturesque windmills and several medieval churches, four of which are round. The island, occupied by the Germans in World War II and later by the Soviets, is noted for its outstanding scenery from craggy sea cliffs and forests to verdant valleys and beaches. It’s reachable by ferry from Denmark and Sweden. Here, you’ll find medieval fortresses and sun temples from the Neolithic age. Bornholm also was the setting for Ken Follett’s thriller, Hornet Flight.

Odense translates as “Odin’s sanctuary,” but it’s more famous for other things than a safe haven for worshippers of this Norse god. It is the birthplace and childhood home of the famous story teller Hans Christian Andersen, so you can expect to see many statues and sculptures of his characters around town. Denmark’s third largest city also is famous for the sweet treat marzipan. Plus, many of its attractions are a treat for tourists’ eyes. The list includes an old Viking castle; Funen Village Museum, which recreates life during Andersen’s years there; Funen’s Abbey, one of Denmark’s oldest art museums, and the 11th century Saint Canute’s Cathedral.

With 330,000 people, Aarhus is the second largest city in Denmark. Dating back to the eighth century, it started life as a fortified Viking settlement. Aarhus has been a trade center for centuries and is known for its vibrant music scene. The city annually hosts an eight-day international jazz festival. Aarhus is a European Capital of Culture for 2017. It’s an interesting city architecturally, with all styles represented from the Vikings to present day. The oldest best-preserved houses can be found in the inner city. Dominating the cityscape is the 13th century Aarhus Cathedral, the city’s longest and tallest church. 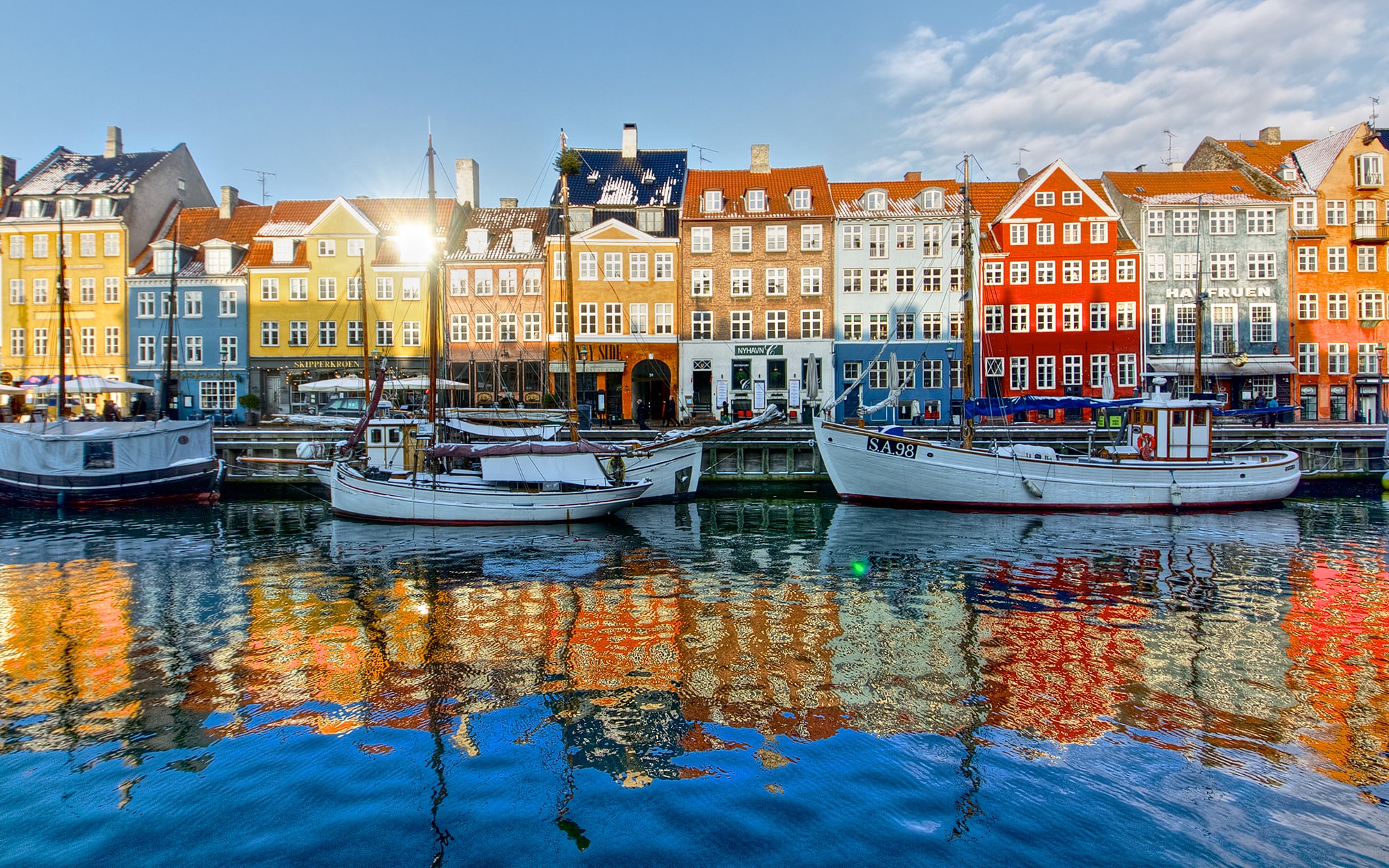 Most travelers will begin their visit to Denmark in Copenhagen, the country’s largest city and capital. As well they should as Copenhagen is a vibrant city with much to offer. The former Viking fishing village is now the cultural and financial center of the country. Most visitors come to Copenhagen for two things: to enjoy Tivoli Gardens, the most visited theme park in Scandinavia, and to see the Little Mermaid, a bronze statue based on a Hans Christian Andersen fairy tale. Known for its Dutch Renaissance architecture in the Christianshavn neighbourhood, Copenhagen has a horizontal landscape marked with some neat castles and medieval churches.